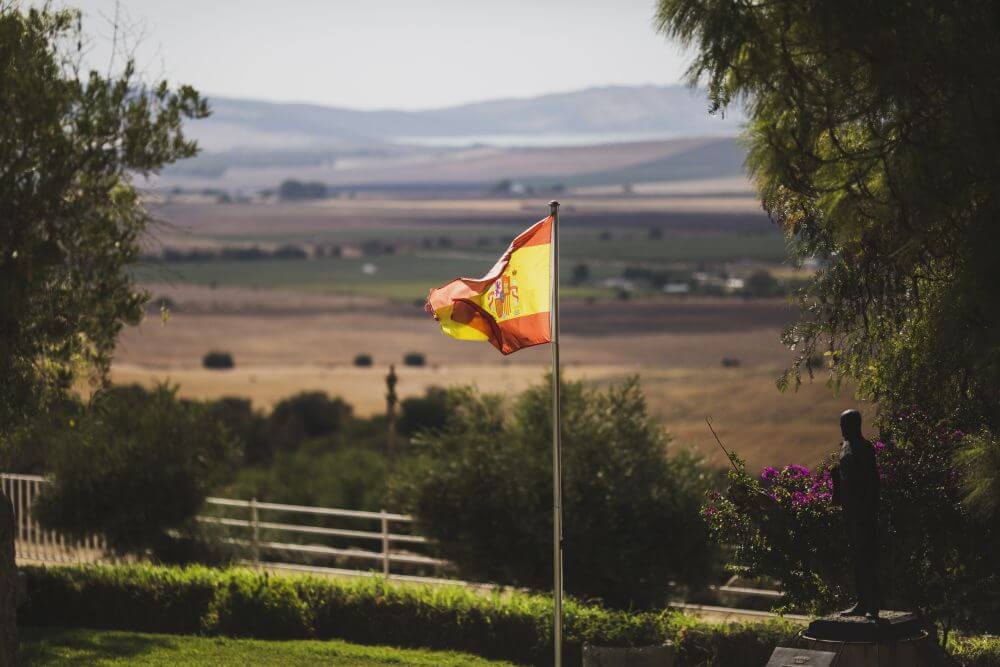 Andalucia Rally 2020, a first in Andalucia!

Organised in record time, the Andalucia Rally 2020, a new international rally-raid, will take place between 6 and 10 October 2020. Four days away from the start, ODC Events are getting ready to welcome the best competitors in the discipline for administrative checks and technical scrutineering.It is at the El Rosalejo hacienda, in the typically Andalousian village of Villamartin, about 80 kilometres from Seville, that ODC Events will greet competitors on 5 October for the first day of checks. This magnificent domain, the nerve centre of the Andalucia Rally 2020, will regroup the assistance parc and scrutineering, as well as the start and finish of each stage. Competitors, assistance, organisers and media will share daily this emblematic part of Andalusian culture.

ANDALUCIA, THE PEARL OF SPAIN

The route, designed by the reconnaissance teams, will allow the competitors to discover Andalusia in a unique manner. The white-washed villages that dot the hillsides, the rich architectual heritage and the kilometres of tracks running alongside the olive groves will offer the competitors a total immersion in the local culture.Laid out in loops around Villamartin and the El Rosalejo hacienda, the route of the Andalucia Rally 2020 will start on 6 October with a 9 kilometre prologue for bikes and quads. The cars / SSVs will attack the same track the next morning before all the competitors get stuck into the first stage on 7 October.In total the competitors will cover 1250 kilometres, of which 921 kilometres are selective sector, with 74% of the total distance run against the clock. The prize-giving ceremony will be held on the 10 October after four stages, at the end of a race that risks being fiercley disputed in all the categories.

THE LAST TEST BEFORE DAKAR 2021

The last international rally-raid of a largely disrupted 2020 season, the Andalucia Rally 2020 will be above all the chance for the competitors to rediscover the joys of off-road racing before heading off for the Dakar 2021 next January in Saudia Arabia. The kilometres covered in Andalusia will allow the competitors to finesse their settings and carry out last tests before the biggest rally-raid race in the world. The crews in the Cross Country Car and SSV categories will also get a chance on the Andalucia Rally 2020 to familarise themselves with the electronic road-book, the new norm for the next Dakar, in place of the traditional paper road-book.

The factory teams have clearly understood the importance of this occasion, as all will be present on the Andalucia Rally 2020 start line.On two wheels it will be a hard fought battle between the Monster Energy Honda Team of Ricky Brabec, winner of the Dakar 2020, Ignacio Cornejo, Joan Barreda and Kevin Benavides and the Red Bull KTM Factory Racing team of Toby Price, Mathias Walkner and Sam Sunderland. Andrew Short and Ross Branch, newly recruited to the Monster Yamaha Rally team will attempt to fight them off, alongside their French team-mate Adrien Van Beveren. Leader of the Rockstar Energy Husqvarna Factory Racing, Luciano Benavides will have his first outing in his new colours on the Andalucia Rally 2020.

In the quads the race will be very open, even if Kamil Wisniewski and Alexandre Giroud are favourites to take victory. As for the bikes, the car category will also be a hard-fought fight, with the last three Dakar winners present on the Andalucian tracks. The battle for victory between the X-Raid Mini JCWs of Sainz-Cruz and Peterhansel-Boulanger and the Toyota Gazoo Racing Hilux of Al-Attiyah-Baumel will no doubt go all the way to the final finish line. The privateer SRT team, represented by their lead crew of Serradori-Lurquin will attempt to upset this hierarchy, as they did on the Rallye du Maroc 2019 and the Dakar 2020. With four Toyota Hilux entered in the T1 category, Team Overdrive will also be challengers with the crews of Al-Rajhi-Von Zitzewitz and Ten Brinke-Colsoul.

In the T2 category, the Toyota AutoBody team led by Miura-Lichtleuchter and Basso-Polato, will be difficult to beat.Finally, the number of SSV entries on the Andalucía Rally 2020 proves once again that the category is growing rapidly in popularity. The members of the Red Bull Off-Road Junior programme, Mitch Guthrie Jr and Seth Quintero, will continue to gain experience aboard their Overdrive developed OT3 buggy. The two Americans will be joined by the Swedish competitor Kevin Hansen, a regular in the FIA world rallycross championship. The experienced duo of Farrès-Monleón (Monster Energy Can-Am) will attempt to take victory in the T4 category.

A FIRST BEHIND CLOSED DOORS

Due to the current health crisis, the Andalucia Rally 2020 will take place behind closed doors. ODC Events, in collaboration with local authorities, have put in place strict measures in view of the situation. To access the assistance parc for the first time, everyone accredited by the organisation must present a negative Covid test carried out 72 hours before their depart. Respect of social distancing and the wearing of a mask, and in certain circumstances a visor, will be compulsory. In addition, contact between competitors, members of the organisation and the media will be reduced to the strict minimum, in respect of conditions defined by ODC Events. Throughout the duration of the rally an ‘anti-covid’ team will be responsible for ensuring that all measures are stricltyadhered to.

Images of the race will be available each day on our digital platform. Videos, photos, news, stories… the Andalucia Rally’s social network will bring to life the rally in real-time. All content will also be available on the official website www.andaluciarallyodc.com, where you will be able to follow the rally live!

Extensive TV coverage will also allow the general public to follow this new adventure. The organizers will produce a daily news programme, picked up by all the international agencies. A daily round up and two final programmes will be broadcast on the networks of the five continents. Programmes on the Andalucia Rally 2020 will be present in 190 countries, thanks 48 broadcasters or platforms, a potential audience of about 1 billion TV viewers.

THE PROGRAMME OF THE ANDALUCÍA RALLY 2020