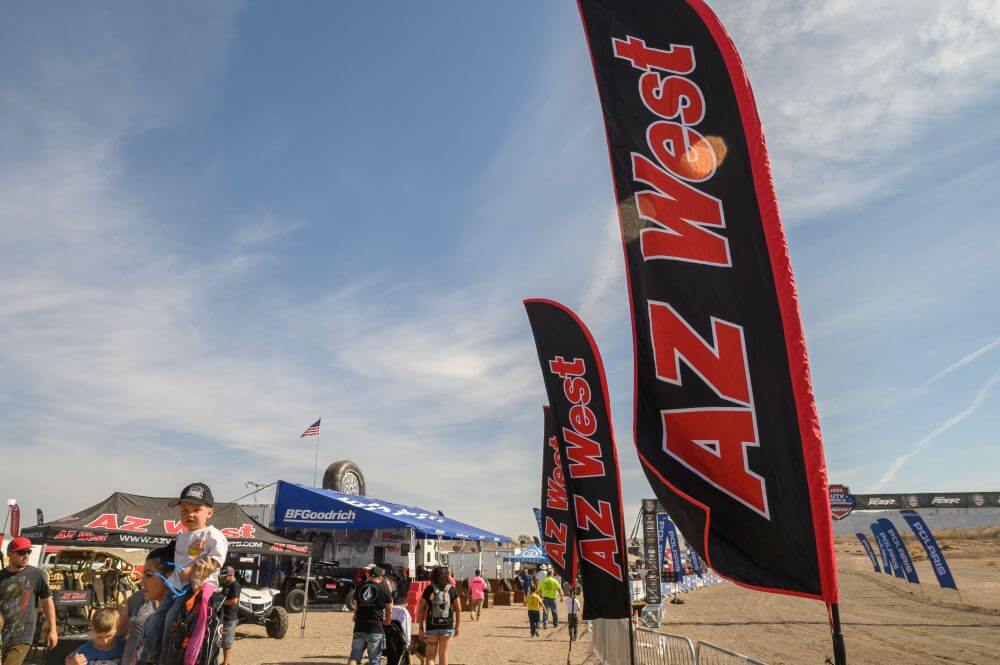 UTV World Championship Qualifying, and the AZ West UTV Festival – What a Day!

• Watch the live stream and live timing tomorrow at 11:00AM HERE.

The 2020 UTV World Championship presented by Polaris RZR has officially kicked off after today’s AZ West UTV Festival and Qualifying event that took place at the official Start/Finish Line inside Standard Wash.  The inaugural Lake Havasu event attracted thousands of fans, UTV racers and some of the best off-road companies in the business.

Since 2015, The UTV World Championship has drawn hundreds of racers and thousands of spectators to its pre-race festivities including a massive Tech & Contingency and today was no different.   The day began bright and early with the AZ West UTV Festival, showcasing the top brands in the off-road industry from wheels, tires, performance parts, and safety equipment.  Over 60 vendors lined Standard Wash as racers passed through Technical Inspection and qualified for race day starting positions.

New to this year, qualifying gave racers a chance to earn their race day starting positions.  77 qualifiers took the green flag on a 4 mile course filled with brutal holes, sand washes and thin ridgelines that were a true test to all racers.  When it was all over Doug Fortin took the Pro Turbo top spot, Dodge Poelman came in for the N/A class, and Steven Poole qualified first in the Pro Unlimited class.  Speed UTV and Speed SxS both came in huge putting up $5,000 to the Pro Turbo and Pro N/A fastest qualifiers.

Who doesn’t want to watch the largest, most action packed UTV race in the world live without missing any action!?  The 2020 UTV World Championship presented by Polaris RZR will be available to watch in all its glory live from Lake Havasu City, Arizona Friday, October 9th and Saturday, October 10th.WATCH THE LIVE STREAM HERE AT 11:00AM PST