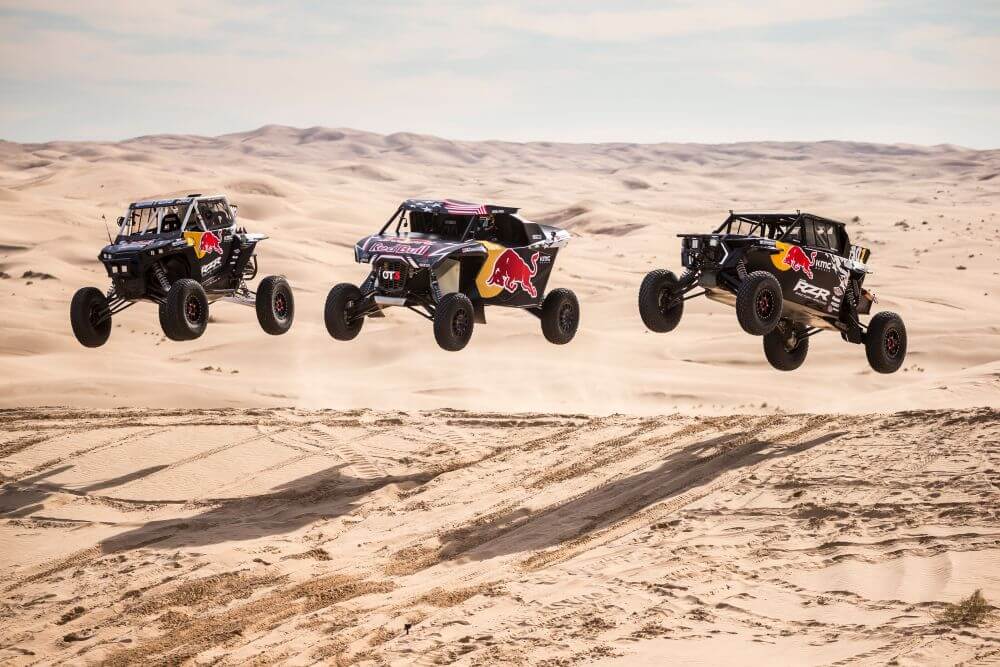 Meet Mitch Guthrie Jr. (age 23), Blade Hildebrand (age 21) and Seth Quintero (age 17) — three of America’s most promising young off-road drivers, and the members of the new Red Bull Off-Road Junior Team USA. The six-part digital series Destination: Dirt will follow the three young American off-road side-by-side racers as they are thrown into a brand-new level of competition on the global stage of international rally raid racing. Traveling across the globe to far-flung and exotic destinations such as Russia, Morocco, China and Saudi Arabia, the three must learn to stand on their own amidst unfamiliar cultures and grueling competition.

The debut episode follows Guthrie, Hildebrand and Quintero as they head to Morocco for the first shakedown of the brand-new prototype OT3 vehicle. Along the way, they meet up with rally legends Nasser Al-Attiyah, Cyril Despres and Matthieu Baumel for some invaluable insight on how their new vehicle can tackle the world’s toughest races. The trio will have their work cut out for them as they plan to race the Mint 400, Baja 500, Vegas to Reno and more in their native North America, and also compete at international rally road events such as the Silk Way Rally, Morocco Rally, Abu Dhabi Desert Challenge and the most extreme off-road race on the planet, the Dakar Rally.