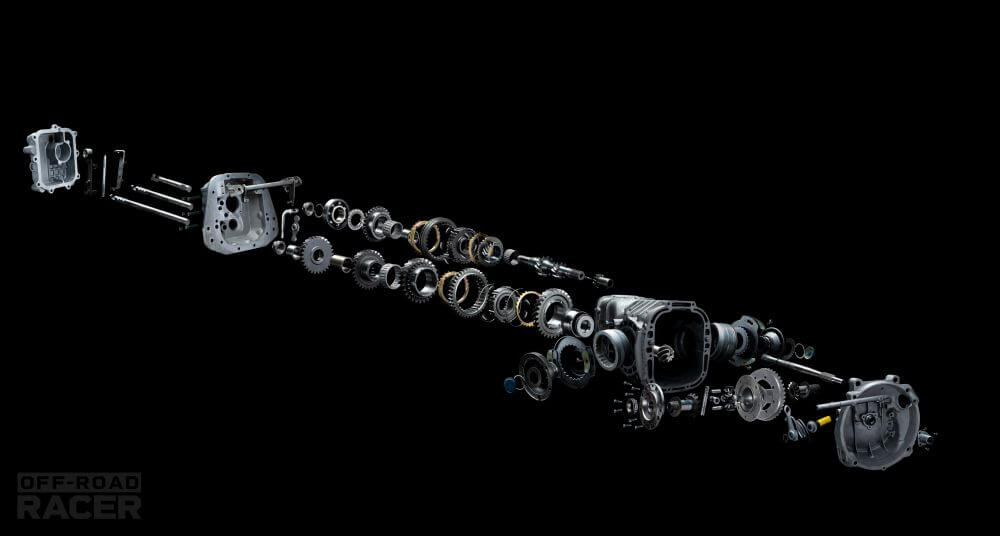 In our first installment of the dissection series, we paid tribute to the VW Air-cooled engine that basically created off-road racing as we know it.  Now we continue that tribute by showcasing the legendary 002 (5-Rib) – Type 2 VW Bus Transmission that powered thousands of off-road racers across the finish line.

Little did Czech born race car designer Ferdinand Porsche know that when he designed “The Peoples Car” under orders from Adolf Hitler in 1934 that he would fundamentally change the global automotive landscape. His vehicle designs which crossed from VW to Porsche, to Mercedes to Renault still have an impact some hundred years later. The VW bug went on to be Beetle is the longest-running and most-manufactured car of a single platform ever made. What started out as an inexpensive car designed for german family got turned into a symbol of peace and love in America through the hippie movement of the sixties. Hot Rodders turned off-road roaders quickly saw the value in the inexpensive air-cooled vehicle platform with junkyards filled with plentiful parts. It wasn’t long before they found the limitations of the VW bug platform and started swapping the stock VW bug Transmission for a larger more robust VW Bus transmission which proved to be the solution for surviving the brutality of off-road racing.

A rear-mounted engine platform of the VW Beetle combines both transmission, rear differential, and rear axels into a single drive train component. The early versions used a swing axle but evolved to a full independent rear suspension (IRS) system which allowed for better handling and suspension.

We placed the transmission and engine together as well so you can grasp all the engineering required to race that many times we take for granted. Like a beautiful watch, the VW platform keeps on ticking!

We want to thank Federico Montes again for the great hospitality during the creation of these images.