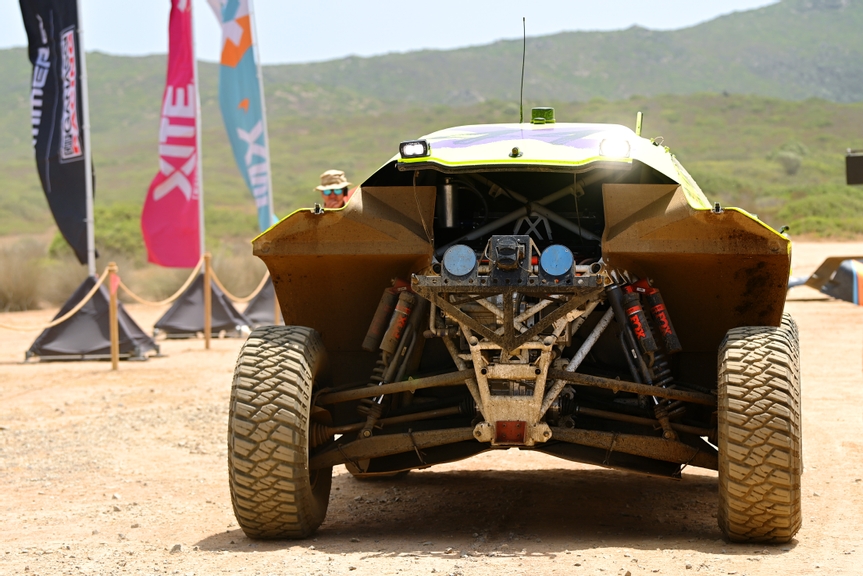 FOX look back on their Extreme E debut

Extreme E: It was FOX’s first event in Extreme E. How did you find it?
Bryan Harrold: There’s always a bit of nervousness headed into any new project, especially one with some of the top names in motorsport involved, an entirely new platform, and different format of racing for us. We had a lot of confidence in what we do along with our race-proven products and technologies, but we knew all eyes would be on the new dampers and this was our first impression on a completely new racing audience for us.

The pressure was high going in, but initial test feedback from the teams was positive. Once we started seeing the cars run and received feedback from both drivers and teams, the feeling of adrenaline came along with a sense of validation.

Overall, we’re thrilled with our first rounds of racing and the improvement in performance we were able to achieve with minimal testing and feedback. We’re already looking forward to the next round of racing and unlocking even more performance.

XE: FOX’s arrival coincided with the series’ first ever double-header event. How much of a challenge was that for FOX?
BH: Luckily, we had the opportunity to visit the Sardinia race last season, so we had a little bit of a head start in terms of knowing what to expect for this event. I’d say that the double-header and schedule change was more of an advantage for us than a challenge for a couple reasons.

The schedule change gave us a little more time to develop and produce the dampers from our original plan. From a timeline perspective, we only had a couple weeks to go from initial rapid prototyping to a proof-of-concept test. From there, we went from an all-new, completely custom designed package for the ODYSSEY 21 in the middle of worldwide supply chain issues, to a proper tuning test session in France, to full production and delivery of all 120 dampers across the globe to all the teams in a matter of a few short months.

Our original plan was to ship the new dampers to Sardinia on the original May dates and would have to fit them all onsite, have a limited test session, and then go straight to racing. The schedule change allowed for each team to take possession of their cars for the new upgrades and test them on their own schedules.

With Sardinia being a double-header, it provided more seat time for the drivers and more racing action, which meant we got more real-world data from watching the cars supplemented by actual driver feedback. With the limited test time we had during development, actual feedback and observation in a real racing scenario was invaluable. It also allowed us to spend more time working directly with the teams to provide tuning input and get the cars performing better.

Combined, it was clearly apparent over the course of racing throughout the week how much of an advantage this was. More seat time, familiarity with the course, confidence in the vehicle’s handling, and setups tailored to each driver allowed them to push the cars much harder and the result was a lot of great racing!

XE: What were the challenges to overcome in Sardinia?
BH: Gaining the drivers’ confidence in the dampers and teams’ trust in our support. Luckily, we started off on the right foot after positive initial impressions during testing ahead of Sardinia. There was still some uncertainty and apprehension early-on in the week in Sardinia, I think, mostly based on their previous experiences with the original suspension and FOX being a new supplier that some weren’t familiar with.

As we started making the rounds in the paddock, providing tuning suggestions, answering technical questions, I believe we gained a fair amount of trust and respect relatively quickly.

Our goal is to provide all the teams with a neutral level of support, helping each get the best performance out of their suspension – tailored to their drivers’ preferences – while also being able to perform repairs onsite if needed to keep the show going.

XE: What was the feedback like from the drivers?
BH: A handful of drivers were already familiar with FOX and our products were receptive and excited for us to get involved from the start. We received positive feedback from them and several of the Team Managers immediately following initial tests prior to Sardinia.

As the week progressed in Sardinia, we received more positive feedback from the entire paddock and staff on how much better the cars were handling that you could visibly see, but the most important feedback came with setup and adjustment questions from the teams. That allowed us to give suggestions on how to achieve certain handling characteristics drivers were looking for.

The most validating feedback comes from an excited driver fresh off a run with a huge smile on their face, thrilled we were able to give them exactly what they were looking for. Even if adjustments ever head in the wrong direction, taking their feedback from each outing, we can better steer them toward what they are looking for along with a better understanding of how their dampers work, which is a win in our book – especially when it’s from accomplished racers from other top levels of motorsport.

XE: There must have been plenty of learnings from your first event. What were the main takeaways?

BH: We came into Sardinia with very limited test time and data, so the biggest takeaways came from real-world feedback from the drivers and teams. Learning how the teams set up the cars and what handling characteristics the drivers look for are important for our own understanding in how we tune or make improvements on future iterations of the dampers.

We’re most familiar with desert endurance racing in North America – which is completely different than Extreme E in terms of terrain, vehicle platforms, and driver preferences – so any feedback we receive helps us develop and progress. The same goes for actual data that teams are willing to share, which we can digest and use to guide tuning suggestions and future designs.

XE: Are you looking forward to the two South American events to come in Chile and Uruguay?

BH: Absolutely! We haven’t done a lot of racing in South America, so we’re excited to support both events. Any opportunity to support racing, test our products, and experience new places and cultures is a dream. It’s especially exciting to do all that in locations as off the beaten path as Extreme E typically races in, away from touristy cities in areas you might not ever visit otherwise. We also love the challenge of dialling in suspension for different terrains and finding the best setup for each unique course, so we’re looking forward to that.

XE: What will FOX be doing with regards to Extreme E over the next couple of months?

BH: Now that we have a proper Extreme E event under our belts, we have a better understanding of what to expect and what we need to support on future rounds. We’re currently working on some improvements for our garage and restocking parts used for repairs in Sardinia.

Other than that, we’ll be looking at data we captured as well as what any of the teams share for tuning suggestions at remaining races and future damper development. There’s no downtime for the Motorsports group at FOX; we support several racing series and are currently working on a few promising new technologies and components through our Racing Applications Development (RAD) program that may just find their way onto the ODYSSEY’s in the not-so-distant future.