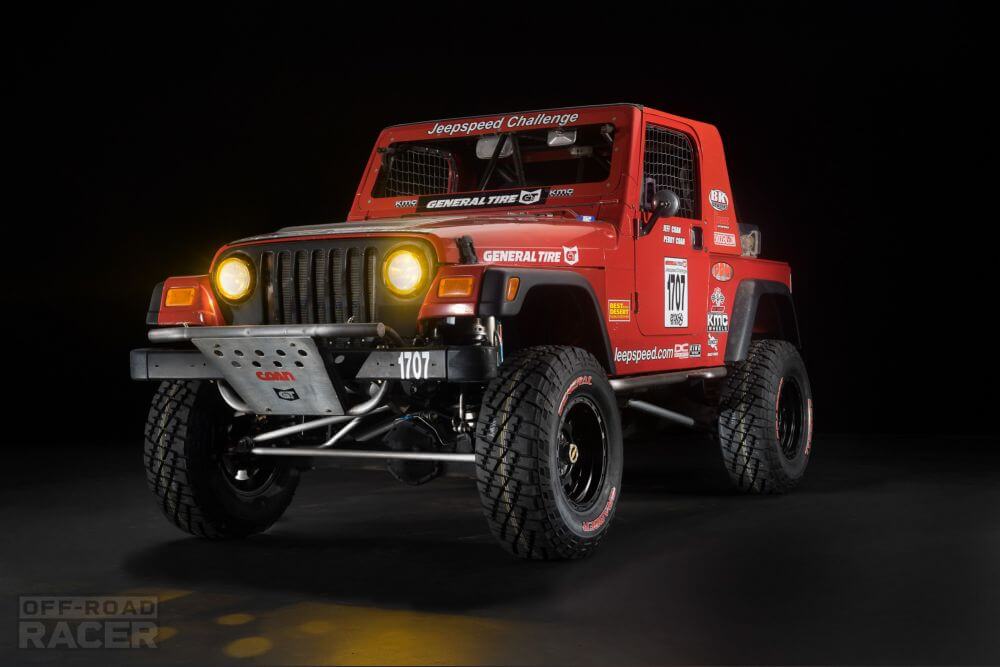 Jeff and Perry Coan decided to get back into the great sport of Off Road in 2007 after a 17 year break choosing Jeepspeed as the class to race in because of the steady car counts and consistent leadership by Clive Skilton. The rules had just opened up to allow TJ and LJ Jeeps  which are more appealing than a station wagon.

Fortunately a brother in law had just had an accident in his 2004 TJ and the insurance company totaled it. The Jeep was bought from salvage and most of the damage was to parts that were to be replaced anyway.

The Jeep was taken to Barry Karakas at BK Fabrication and a plan was formed to build the best looking, most solid, and fastest vehicle possible.

First race for the team was Terribles 250 2008 and we came away with a second place finish.

The team mostly played pick and choose races without making too much of an effort to chase points and has had some pretty solid runs, eventually hooking up with Skyler Gambrell and Jon Krellwitz for prep and help at the races, they have since become great friends and have co drove many races.

The win column for the jeep includes some of the toughest and most important races in North America.

Due to an illness that has stricken Jeff Coan he is no longer able to drive the Jeep so Perry and Skyler have continued to race the Jeep in selected races and are racing for the inaugural Wrangler Cup in the Jeepspeed series.

Thanks to Jeff & Perry Coan and Skyler Gambrell