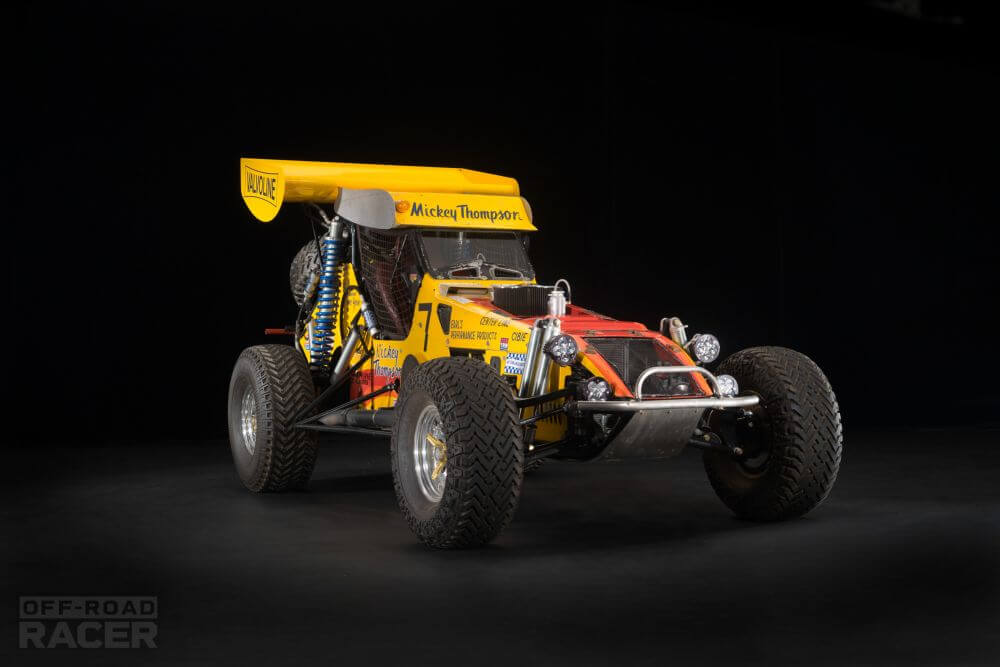 “Built in 1977, Challenger IV was the brain child of none other than Speed King, Mickey Thompson. Always the innovator, while everyone else in the off road racing world built VW powered race cars with 10″ of wheel travel, Challenger IV was built with a monster V8 and suspension travel that nearly doubled its competition. MT was never satisfied with the norm, that’s why he always used the best parts available on his racer. On the rear of Challenger IV you’ll find 41” shocks, unheard of in those days, or even until the mid 1980’s. The innovation from this vehicle can be seen in the form of shock, tire and suspension technology in today’s off road racing vehicles. Challenger IV was raced from 1978 to mid 1980, and then replaced with the more advanced Challenger V.

After Mickey and Trudy’s untimely death in 1988, Challenger IV made its way up to Eugene, Oregon and has remained there for the past 17 years, sitting in a loft, waiting patiently for restoration.”