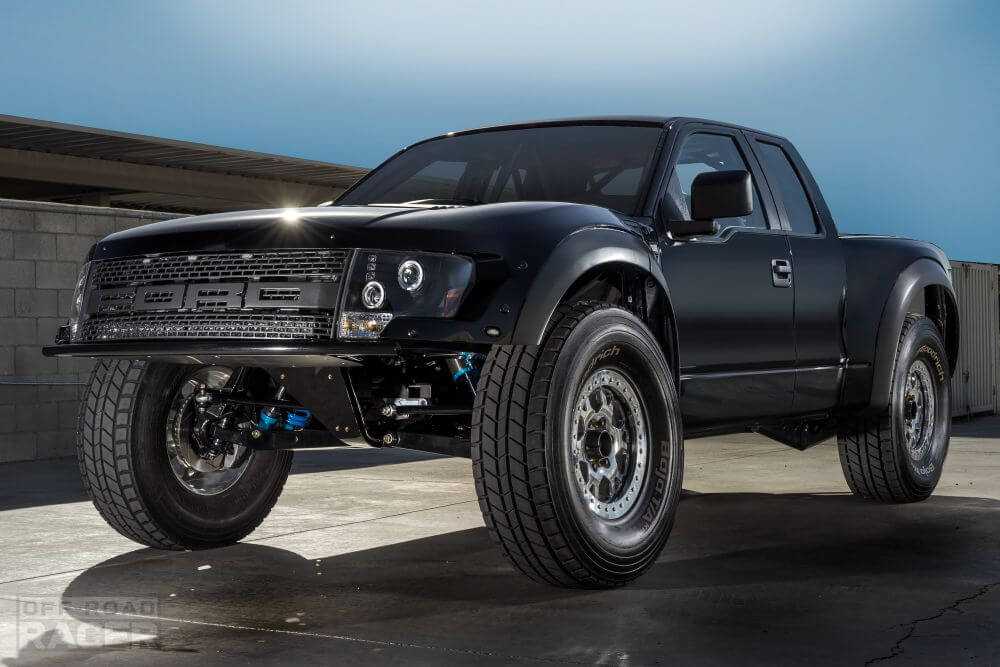 Jim Smith is a name synonymous with off road racing. Whether you are watching old ESPN footage, going over the history of his Ultra Wheels Trophy Truck that was sold to the Herbst Brothers and then to PCI’s Scott Steinberger or talking about vintage racing in NORRA, Jim’s name is bound to come up. Jim is the owner of Ultra Wheels, which for most of the 80s and 90s was the wheel to have on your race truck.

Prerunning is an important part of racing, especially with today’s speeds which the vehicles are achieving. Being able to see the course and mark the danger spots on a GPS system has become the norm. Jim is no stranger to nice prerunners. He is the former owner of one of the most famous built stretched Ford Broncos to date. So his next build would have to not only be nicer than what was currently being offered by other builders but also continue to raise the bar as the Bronco did.

When building a vehicle of this caliber, you start by throwing out any type of budget you may have set for yourself. As soon as you are content with that idea it’s time to give the go ahead to the builder. This type of mindset affords you ultimate luxuries in today’s top of the line prerunners. There is something to be said about a vehicle with three people in it going 110mph over the roughest terrain listening to music through headsets while sitting comfortably in leather and suede wrapped seats.

Going into the build, Jim knew he wanted to go bigger and nicer than previous built Raptors. He wanted a Trophy Truck with a cab and all the creature comforts to go along with it including an underdrive, 20” Ultra Wheels and 42” BFG Project tires. This is where Dale Dondel of Racer Engineering came into the equation. Starting with a Ford Raptor cab, shelves of top of the line parts, and laser cut suspension components, the Raptor prerunner began. Dale built the truck using the same suspension found on Luke McMillin’s new Trophy Truck because it was a proven design and desert tested.

The finished truck was on display at the 2014 SEMA show in Las Vegas and at the time of this article has yet to hit the dirt. Luckily for us, timing is everything and we got to it when it was brand spankin’ new and untested. Hopefully this work of art is seen flying through the desert for years to come.