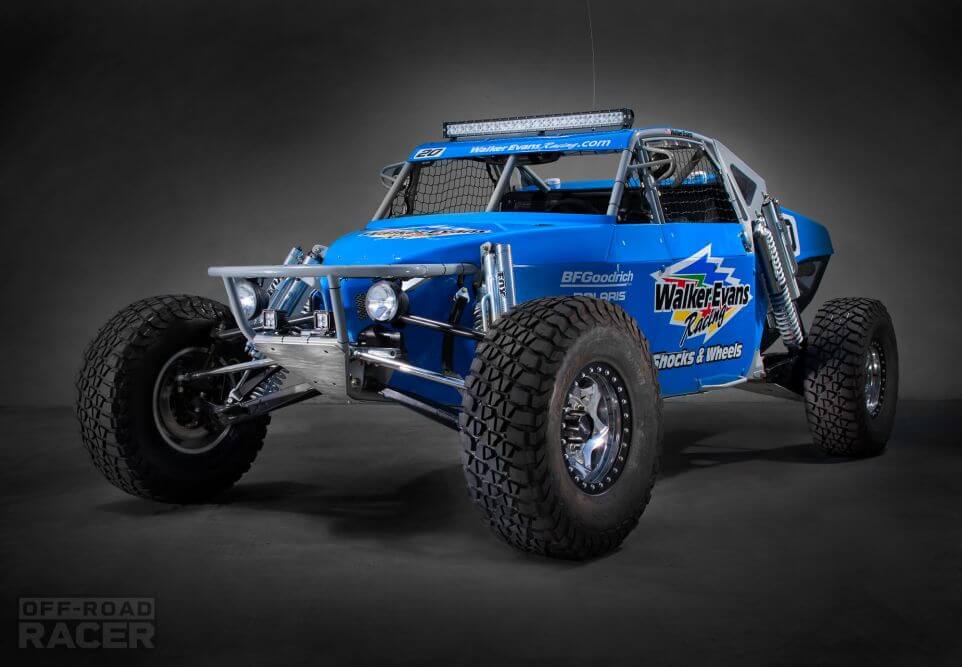 The “Happiest Race on Earth” just concluded its annual 1,300+ mile trek down the Baja Peninsula.  Since is rebirth in 2010, Walker Evans Racing has played an integral part in one of the most special races in off-road, the NORRA Mexican 1000, on both race and sponsorship sides.  Walker Evans has won just about every race imaginable in a truck.  In his 46 years of racing, last week marked the first time Walker has ever stepped in to a buggy as the primary driver.

Walker went to Fraley’s Performance/Larry Storck Aluminum Work to have them build this beautiful Class 1 to be debuted at the 2014 NORRA Mexican 1000.  After four days of dirtying this immaculate machine amongst nine other competitors in the Unlimited Class of the Evolution Category, Walker finish in fourth place just under an hour behind Rich Voss.  Here’s a look at the pristine Class 1 before heading south of the border.