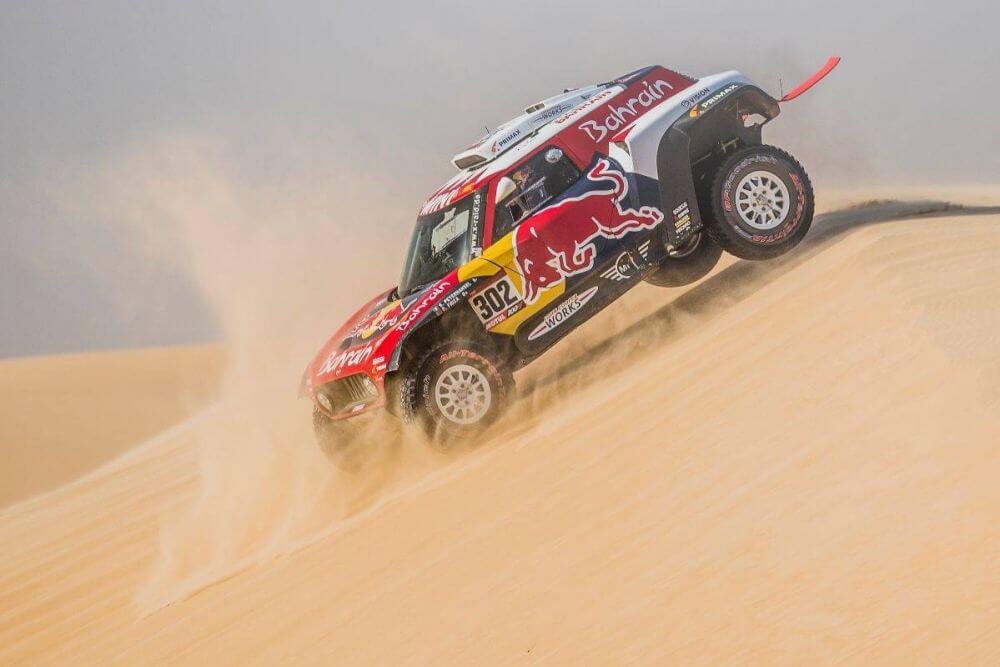 December 10, 2020
A rally-raid December double-header is the perfect opportunity for offroad contenders to get into gear for 2021 Dakar Rally. A posse of former Dakar champions have targeted the two Baja Hail events taking place in Saudi Arabia this month as a final tune up ahead of the big one next January.

Dakar legends such as Carlos Sainz, Stéphane Peterhansel and Nasser Al-Attiyah never turn down an opportunity to race in the desert. Over the next seven days they have the chance to tackle two races as Baja Hail 1 & 2 cover more than 1,000 kilometres in the formidable An Nafud desert.

Reigning Dakar champion Sainz returns to Saudi Arabia aiming for more success. The Spaniard will be alongside co-driver and countryman Lucas Cruz in a MINI JCW Buggy. Sainz will be searching for the winning formula that has already delivered three Dakar wins and two WRC titles in an ultra-impressive motorsports career.

“Of course it is possible to win again – but you get nothing for free at the Dakar. I definitely feel fast enough to challenge for the win.”– Carlos Sainz

Also at the wheel of a MINI JCW Buggy at both Baja Hail races will be Peterhansel, a 13-time winner of the Dakar. The short-term goal for the man known in the bivouac as Monsieur Dakar will be to grow his relationship with fellow Frenchman Edouard Boulanger. The pair raced together at the Andalucía Rally earlier this year and the understanding between driver and co-driver showed plenty of promise.

“Now Edouard sits next to me – a young Frenchman and great sportsman. I think that we will work well together.”– Stéphane Peterhansel

As well as long-term partners like Red Bull, Sainz and Peterhansel’s X-raid team is pleased to announce a strong new partnership with STC for the 2021 Dakar. The Saudi Arabian digital and telecommunications company will be prominent on the two MINI JCW Buggies, which will show a totally new design when they race in Hail.

If Sainz or Peterhansel are to win either of the Baja Hail races in their new look MINIs they will have to get past Al-Attiyah. Qatari Al-Attiyah and his French co-driver Mathieu Baumel know the region well and have twice taken victory at the Hail International Rally. The duo also won the 2020 Andalucía Rally when rally-raid competition returned this October.

Al-Attiyah and Baumel come to Saudi Arabia with a Toyota Hilux vehicle that has undergone significant improvements since helping them towards their Dakar win in 2019.“This will be the last check for everything on our new Toyota. It will also be good to work a little bit with the navigation. It will all be good training for Dakar.”– Mathieu Baumel

Poland’s Kuba Przygonski will also drive a Toyota Hilux at Baja Hail 1 & 2 alongside German co-driver Timo Gottschalk. The pair are in hot form after winning the 2020 Polish Cross-Country Championship are have their sights fixed firmly on the podium places in Hail.“We will be just two weeks away from the Dakar when we finish these Baja rallies. This is an important dress rehearsal for us and the car.”– Kuba Przygonski

Getting his first taste of racing on the dunes this week will be circuit racing star Mattias Ekström. Ahead of the DTM and WRX champion’s Dakar debut he will be looking to get 1,000 kilometres under his belt in the new Yamaha YXZ1000R SxS prototype. Ekström’s co-driver for both Baja Hail races will be fellow Swede Emil Bergkvist.

“I have contested so many different races in my life, but I have never driven a race car on sand or in the dunes before.”– Mattias Ekström

Elsewhere, Red Bull KTM Factory Racing and the members of the Red Bull Off-Road Junior Team are undergoing their own intense preparations for the biggest race of the year. The 2021 Dakar Rally will run from January 2 until January 15 and start with a prologue stage for the first-time ever.