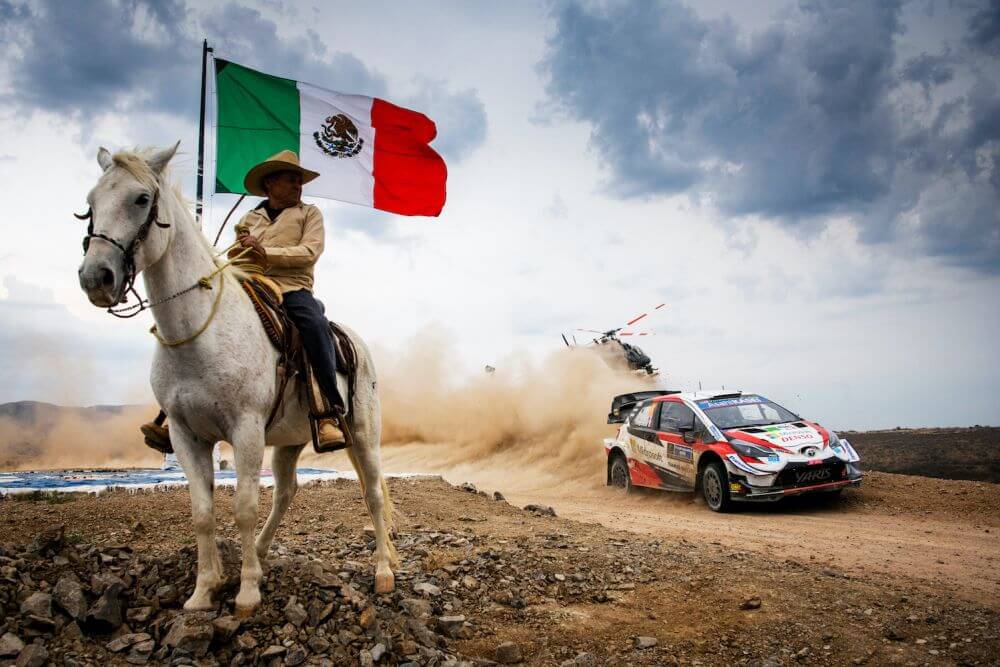 Frenchman eight points ahead of Evans in title race as Argentina postponed.

Frenchman eight points ahead of Evans in title race as Argentina postponed.

Sébastien Ogier scored a record-equalling sixth Rally Guanajuato Mexico victory on Saturday night after the event was brought to an early conclusion.

The rally ended a day early in the face of fast-changing travel restrictions connected with the global COVID-19 virus outbreak.

After snatching the lead on Friday morning, the Frenchman kept his Toyota Yaris on the road in sizzling hot conditions. As many of his rivals hit trouble, Ogier was level-headed and ended with a 27.8sec advantage over Hyundai i20 driver Ott Tänak.

In doing so, he claimed his first victory for the Toyota Gazoo Racing team and equalled the six victories achieved by fellow countryman and nine-time world champion Sébastien Loeb.

“A victory is a victory of course, but this one feels different from any other. I want to thank my team, they have done a fantastic job,” Ogier said after moving to the top of the FIA World Rally Championship standings after three rounds.

Tänak was left to rue what could have been. Had it not been for rear suspension damage when he hit a wall on Friday morning, he could have been in with a shot of the win.

After losing 40sec, the Estonian delivered an impressive comeback drive to leapfrog Teemu Suninen on Saturday afternoon for a gutsy second place.

Suninen was 10.1sec further back, picking up valuable championship points after a difficult weekend for the M-Sport Ford team. His team-mate Esapekka Lappi retired in dramatic fashion when his Fiesta became engulfed in flames on Friday.

“Actually, it’s more than I hoped for at this rally. We were able to have a consistent pace and stayed away from problems. At the end, we lost one brake which basically stopped the fight. Even without those issues, I don’t think I would have beaten Ott,” he said.

Elfyn Evans was fourth, 35.5sec adrift of the podium finishers in another Yaris. The championship leader ahead of the rally was unable to match the pace of the leaders as he struggled with road cleaning duties on Friday.

He ended 1min07.1sec ahead of team-mate Kalle Rovanperä, who gained more valuable experience on his gravel debut in a Yaris.

Thierry Neuville had a disappointing weekend. Mechanical gremlins forced him out on Friday, but he returned to action on Saturday and claimed five stage victories in his i20 en route to finishing 16th.

FIA World Rally Championship (after round 3)