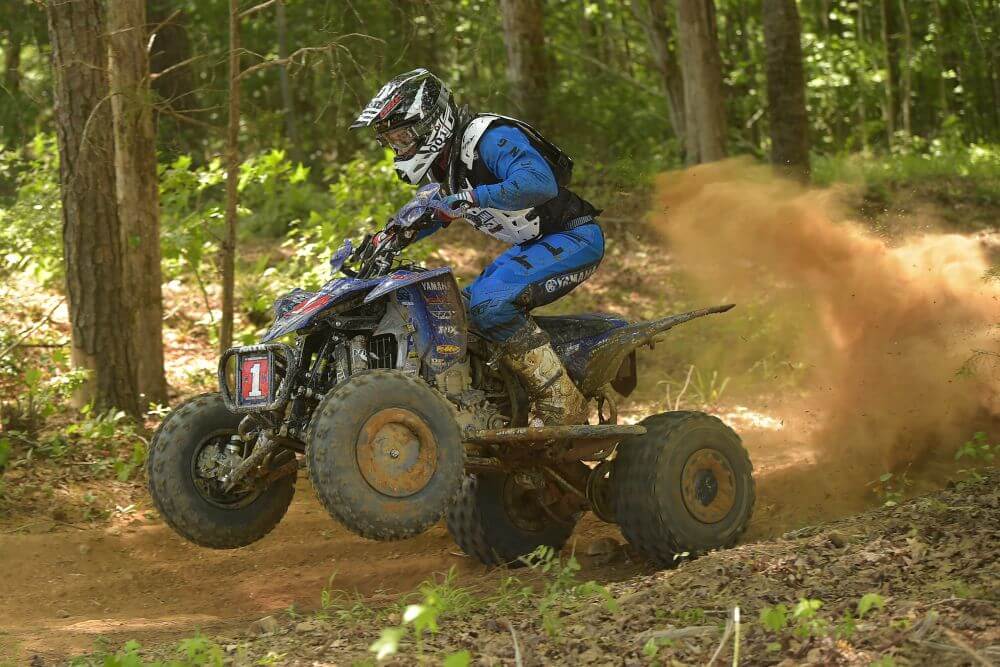 MARIETTA, Ga. – May 18, 2020 – Yamaha Motor Corp., USA, announces registration for the rescheduled Yamaha Grand National Cross Country (GNCC) University is now open. All off-road racers and riders are invited to hone their skills with hands-on help from some of the greatest male and female off-road racers of all time.

Snowshoe Mountain Resort in West Virginia will once again host the Yamaha GNCC University September 23-25 of this year, followed by a full weekend of racing. Interested riders can register by calling the resort at 877-441-4386 or find more information online at GNCCRacing.com. Reservations are on a first-come, first-serve basis with 80 openings evenly split between ATV and motorcycle disciplines.

While the 2020 racing season has been on hiatus up until this past weekend, Yamaha-supported riders were anxious to get back to racing at “The Bulldog” GNCC in Washington, Georgia. Reigning XC1 Pro ATV champion, Walker Fowler, led the charge with another commanding first-place finish, his fourth-straight of the season. After Fowler, rounding out the top XC1 Pro ATV positions were YFZ450R bLU cRU competitors Cole Richardson, Hunter Hart, Brycen Neal, and John Glauda Jr., second through fifth respectively. On Sunday, Becca Sheets took the WXC win and overall for the morning race, continuing her perfect season on a Yamaha. AmPro Yamaha Racing’s Rachael Archer rounded out the WXC podium in third, while Layne Michael and Mike Witkowski also scored podium finishes in the afternoon race in the XC1 Open Pro and XC2 250 Pro classes, respectively.

“It was great to be back racing and keep the YFZ450R on top of the podium in Georgia,” Fowler said after the race. “We’re thankful for all that GNCC and Yamaha has done to get us safely back where we want to be – at the races with our friends and families, enjoying the sport we all love and respect.”

“Racing is back, Yamaha GNCC University registration is open, and the resilience of the Powersports industry was on display this past weekend as many appreciated the opportunity to get back outdoors and enjoy the sport we love while still respecting the space and wishes of fellow race fans,” said Steve Nessl, Yamaha’s Motorsports group marketing manager. “We celebrate podiums and championships at the end of a race day, but it is the time spent at the races on the whole that we take away as precious memories. That’s why Yamaha GNCC University is such a special event, as it offers the next-generation of racers the opportunity to build not only memories, but also their race skill-set alongside past champions and legends of the sport.”

ATV Classes will be led by:

Motorcycle classes will be led by:

With the resumed GNCC season, Yamaha announced new ATV bLU cRU championship bonuses for eligible racers in various classes, all of whom are automatically entered to win a new YFZ450R.