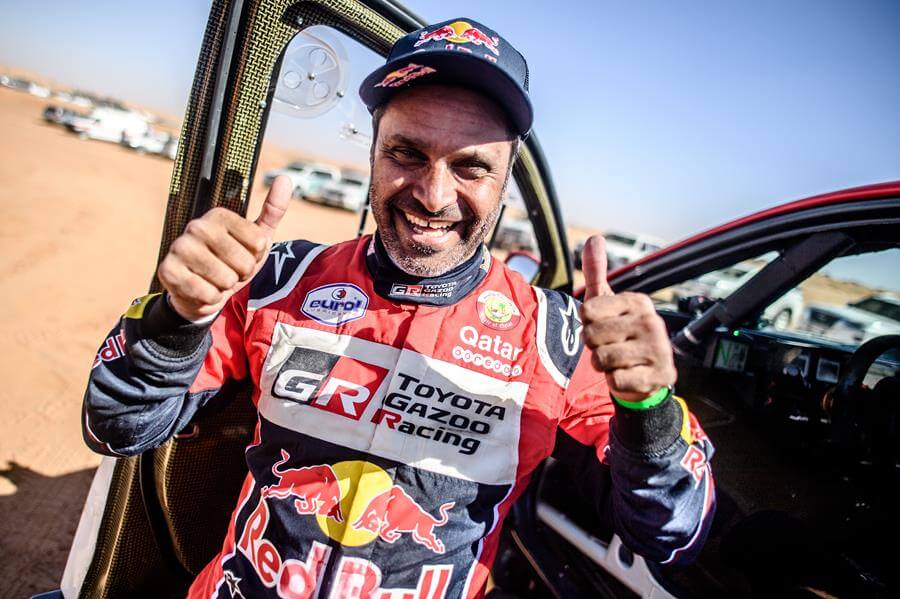 Nasser Al-Attiyah wasted no time showing his speed over the dunes as he took a stunning victory at Hail Baja 1. Qatar’s sand racing specialist demonstrated his competitive edge as he fended off fellow Dakar supremos Carlos Sainz and Stéphane Peterhansel to take the win.

Al-Attiyah and French co-driver Mathieu Baumel made their intentions plain from the start line in Hail as they set the opening day’s fastest time. The duo backed up this performance on the second day with another stage win, and ultimately overall victory.

“We believed in our speed and we’re happy to win Hail Baja 1.”– Nasser Al-Attiyah

With less than a month to go until the start of the 2021 Dakar Rally, competition at the back-to-back Hail Baja races is intense. Staying on Al-Attiyah tail throughout the first Hail Baja were the MINI JCW Buggy crews of Carlos Sainz/Lucas Cruz (both ESP) and Stéphane Peterhansel/Edouard Boulanger (both FRA)

Reigning Dakar car class champion Sainz came home in second place and is happy with how his car is running ahead of next Dakar in January. However, if there is extra performance to be found the Spaniard will do all he can to find it.

“We still want to make a few minor changes, in order to be as well prepared as possible for the start of the Dakar.” – Carlos Sainz

13-time Dakar winner Peterhansel completed the overall podium in Hail after fighting back from 10 lost minutes on day one caused by a flat tyre. The Frenchman’s tenacious spirit was in evidence as he fought back from this misfortune to finish third overall.

“I didn’t push to the max, as I don’t want to take any big risks with the car I will be using at the Dakar.”– Stéphane Peterhansel

Meanwhile, race winner Al-Attiyah’s fellow Toyota Hilux driver Kuba Przygonski lost his chance of challenging for a podium position after fuel-related issues on stage one. However, the Polish driver and his German co-driver Timo Gottschalk came back strongly on stage two to set the fifth fastest time of the day.

Now the convoy’s attention turns to the Hail Baja 2 which covers 479 kilometres between December 14 and 15. This will be the last competitive distance raced before the 2021 Dakar Rally gets started on January 2 next year.