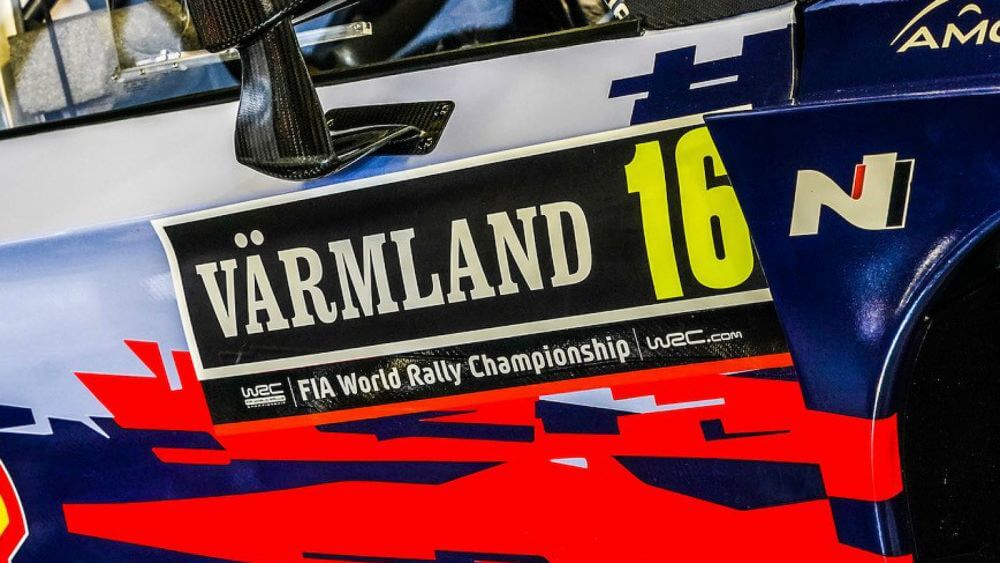 Tänak and co-driver Martin Järveoja’s Hyundai i20 debut at Rallye Monte-Carlo ended abruptly when their car flew off the road after hitting a compression at almost 200kph. It rolled multiple times before coming to rest more than 100 metres down a hillside.

Both were unhurt and Tänak heads to round two at Rally Sweden (13 – 16 February) eager to make up ground on early pacesetter and team-mate Thierry Neuville, who bagged maximum points.

“We learned a very good lesson and we know now that each time we have to drive a new section we really need to focus more than ever before,” admitted Tänak, who won in Sweden 12 months ago.

“Since Monte, I’ve been feeling better every day. It will be important for us to get back some points and to improve step-by-step on what is our first time on a loose surface with Hyundai.”

Unseasonably mild weather in the Värmland region of Sweden and across the border in Norway means competitors face a modified four-day route. Less snow and ice covering the gravel roads than is usual adds an intriguing challenge.

“Obviously, if there will be less snow than previous years it could be quite tough to do the stages. Our tyres are very thin and very high, so they won’t work the same on gravel stages and it’s going to be really tricky,” explained Neuville.

The Belgian starts first, courtesy of his Monte-Carlo success, but whether that will be an advantage or disadvantage in the unpredictable conditions remains to be seen.

Also waiting to discover what the conditions hold is Sébastien Ogier. The Frenchman suffered the handicap of opening the roads for the last six seasons after his remarkable run of Monte-Carlo wins. This year he will be behind Neuville for the opening leg after following him home in the opening round.

“I’ve had some good times here in the past, but it has been a bit more of a struggle in the last few years – I guess partly because of my start position, as coming to Sweden while leading the championship has been very challenging. This year will be slightly different so let’s see what we can do,” said the Toyota Yaris driver.

The factory drivers from Hyundai Motorsport, for whom Craig Breen replaces Sebastien Loeb, Toyota Gazoo Racing and M-Sport Ford must keep a careful watch on the privately-entered Yaris of Jari-Matti Latvala.

Latvala became the youngest winner of a WRC event in Sweden in 2008. Now 34, and after losing his Toyota seat for 2020, the Finn remains more than capable of pulling off a shock.

The rally starts in Karlstad on Thursday evening and competitors face 11 tests covering 171.64km before Sunday afternoon’s finish in Torsby.