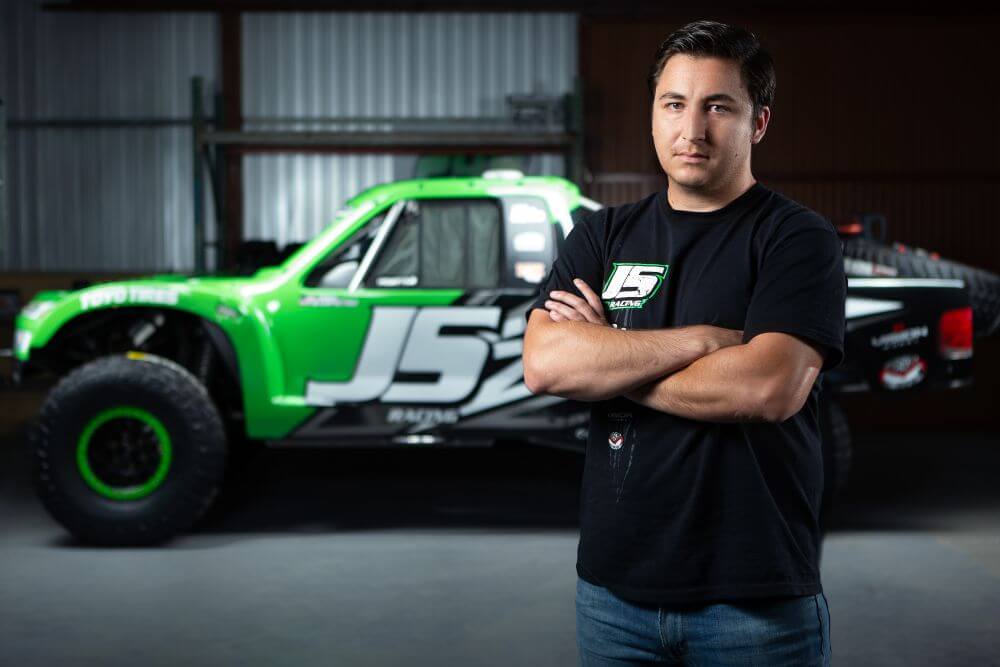 Born in the US but residing in Mexico, Jorge Sampietro is a rising star in Baja. Growing up watching his family race in Class 9, he rapidly got the itch to get more involved in off-road racing. In 2008, at 13 years old he was part of his cousin’s team racing Class 9, when a few years later Sampietro’s cousin had retired. Jorge then had taken over the team, thus starting his off-road racing career. Record Off-Road Series became his training ground, as he got to know all the basics and skills required to become a successful racer. After seeing more of a decline in the class 9 entry list, he decided to take the next step he thought to be best and jump into Class 16 where he managed to grab the ’16, ’17 and ’18 SCORE San Felipe 250’s championship’s in class 16, the only race in the SCORE calendar he and his team attended.

After winning the San Felipe 250 in 2017, Jorge decided to take the next step in his career by acquiring a new Spec Trophy Truck. “I was in between two builders but in the end I went with Mason Motorsports, this car has something special, their engineering just blew my mind” he said when we asked why this builder in particular.

In 2018 Jorge and his team entered his truck for the first time, and made the rare achievement by achieving first place in his first race. This brand new truck had shown exactly what it was built to do in the SCORE Baja 400. It was an impressive achievement considering the first race of any vehicle is typically a shakedown-session for most teams. In 2020 JS Racing entered and won the overall in one of the newest races in Baja: The San Felipe Desert Mayhem 175, which is his warm-up to the San Felipe 250. Sadly as we know and are tired of, the Covid-19 discussions, there has not been a single SCORE race in 2020. Like us all, JS Racing is hoping that SCORE might be able to salvage at least one of their races this year, but time will tell.

JS Racing has become a full race operation with different race vehicles ready to tackle any race in Baja. In Jorge’s shop you can find another spec truck made for pre-running purposes, and also a single-seat Jimco Class 10 in which Juan races the RECORD Off-Road Series and other local races to increase his seat time driving as often as possible, “Racing in Class 10 I think is the best possible training, the competition is fierce wherever you go, it doesn’t matter how small the race is and the single seat trains you to be ready for anything.” commented Jorge.

A bucket list goal for Jorge and his team is entering and winning the Baja 500, but the horizon looks gray as we all aren’t sure there will be as the schedule continuously changes. Jorge also hopes to race the entire SCORE calendar in 2021 with the ultimate goal to get the Championship in the Trophy-Truck Spec class and hold it for a few seasons then maybe later on make the jump to the unlimited Trophy Truck category. Like Jorge we just want Baja races to resume.