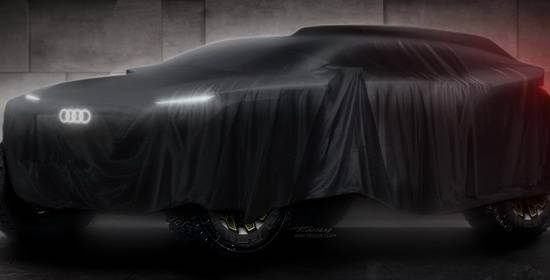 The Dakar embarks on a wide-ranging energy transition programme

Key points:·
The Dakar is embarking on a wide-ranging programme with a view to making a gradual transition to low-emission alternative power sources.
Eager to rise to this challenge, Audi has announced that it will be entering the 2022 Dakar with an alternative drive concept.
The Cyril Despres-Mike Horn duo and Guerlain Chicherit are among the ambitious competitors laying the groundwork for the transition in the 2021 Dakar.

The story of the Dakar is the story of the pioneers who have flocked to the rally since its inception in 1979 and tamed the African deserts, crossed the Atlantic to tackle the vast expanses of South America and, last year, discovered Saudi Arabia and the Middle East. The 2021 edition will see the rise of a new breed of pioneers who are also set to venture where no-one has gone before: developing low-emission electric vehicles capable of winning the rally. Now, the Dakar has decided to play a leading role in this adventure by fostering ambitious initiatives and backing the technological revolution ushered in by makers, teams and crews eager to test their technological solutions against the most extreme conditions on Earth.

Against this backdrop, the Dakar is especially proud to welcome Audi to the race from 2022 onwards. After conquering the world of endurance racing in 2012 by winning the 24 Hours of Le Mans with a hybrid vehicle, the renowned German maker is ready to tackle the tracks and dunes of the Dakar with the same verve but, with a cutting-edge electric concept this time round. Audi will be fielding an electric prototype powered by a high-voltage battery that can be recharged on the road with the firm intention of achieving a very substantial emission reduction.

Other projects will be seeing the light of day in 2021. Five-time Dakar winner Cyril Despres and his colleague, the adventurer Mike Horn, will be targeting a podium spot in 2023 with a hydrogen-powered vehicle. In the meantime, their main aim in the 43rd edition, where they will be competing in one of Abu Dhabi Racing’s Peugeot 2008, is to gather as much scientific data as possible to aid them in designing their future hydrogen-powered car.

On the same note, Guerlain Chicherit’s GCK outfit will unveil in NEOM an electric vehicle currently in development. The former Rally Raid World Cup champion and fifth-place finisher in the 2010 Dakar also sees his creation as a contender for the 2023 edition in the hydrogen-powered category.

By pooling these desires and ambitions, the Dakar will become even more responsible, conducive to technological innovation and committed to the decisive changes of its time. Further details on the timetable, including regulatory changes, agreements with makers and additional provisions on how to bring power use down, will be unveiled at a press conference in NEOM, the future city of science and technology, during the upcoming Dakar.